Christmas is incomplete without some delicious, traditional plum cake!

During the cake mixing ceremony at KSE, all the dry fruits, nuts, & spices were left to soak in the spirits. Now, all those preserved ingredients come together as a warm symphony in the KSE kitchen to bake some mouth-watering plum cakes. Our students spread the Christmas cheer all across the city by sharing the first batch of cakes with some of the most prestigious and luxurious hotels in Kolkata! 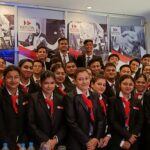 Krystal School of Excellence in association with Sula Vineyards organized a wine tasting session at the institute campus on 16.03 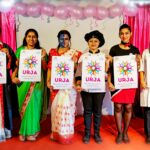 Gender equality today for a sustainable tomorrow- keeping up with the theme of the 2022 International Women’s Day, Krystal Scho World Wildlife Day was launched on March 3, 1973 by the United Nations to celebrate and raise awareness of the world’s wild fau 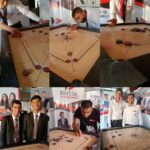 Besides being one of the most popular pastimes in several parts of the world, carom is a favorite pastime for students at KSE. Ca February 24th celebrates- the bartender, one of the world’s oldest professions- and the creative genius and talents of bartende